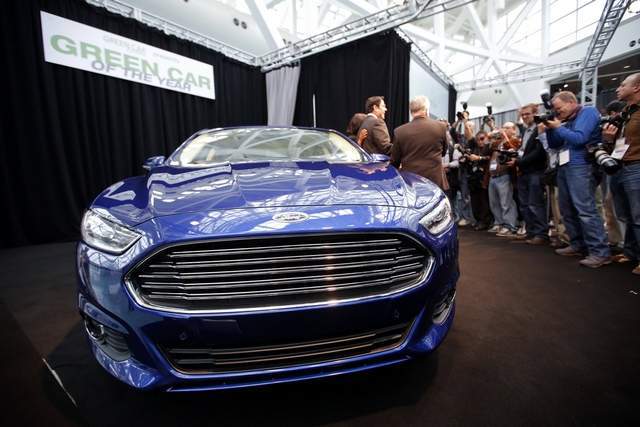 Los Angeles — The auto industry’s "greenest" car was reclaimed by a Detroit automaker.

It is the eighth consecutive year that Green Car Journal has recognized a "Green Car" of the year. Previous winners include the compressed natural gas-powered Honda Civic in 2011 and the range extended plug-in hybrid Chevrolet Volt in 2010.

The Fusion comes with multiple internal combustion engine options, and as a hybrid and plug-in hybrid model.

Both the Dart Aero and Mazda CX-5 are conventionally powered, internal combustion vehicles. The Prius c is a hybrid-only vehicle. The C-Max comes as a hybrid or plug-in hybrid.