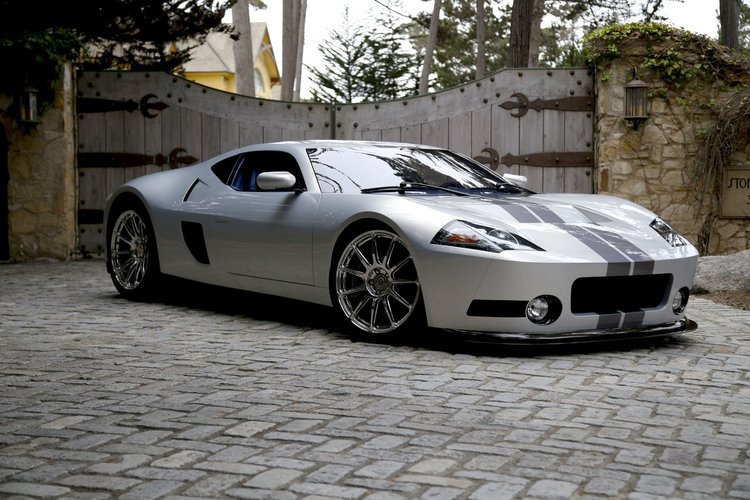 Brandon Boeckmann slips into the driver’s seat of the low-slung, gull-wing sports car, grins, and says, "So, how fast do you want to go?"

A minute later, on a Monterey back street, he punches the gas pedal and demonstrates exactly how a 1,058-horsepower supercar that weighs only 3,600 pounds goes from zero to 60 mph in under three seconds.

Boeckman is the scion of the family that has owned the huge Galpin Ford auto dealership in the San Fernando Valley. His grandfather Bert went to work for Galpin in 1953 and purchased the company in the 1960s; his father just retired from Galpin, where his uncle is still president.

The younger Boeckmann had come to Monterey Car Week to show off the Galpin GTR1, his company’s latest offering.

The car at Monterey is the only one of its kind, and is available at a starting MSRP of about $1 million.

Written by Charles Fleming for LosAngelesTimes.com