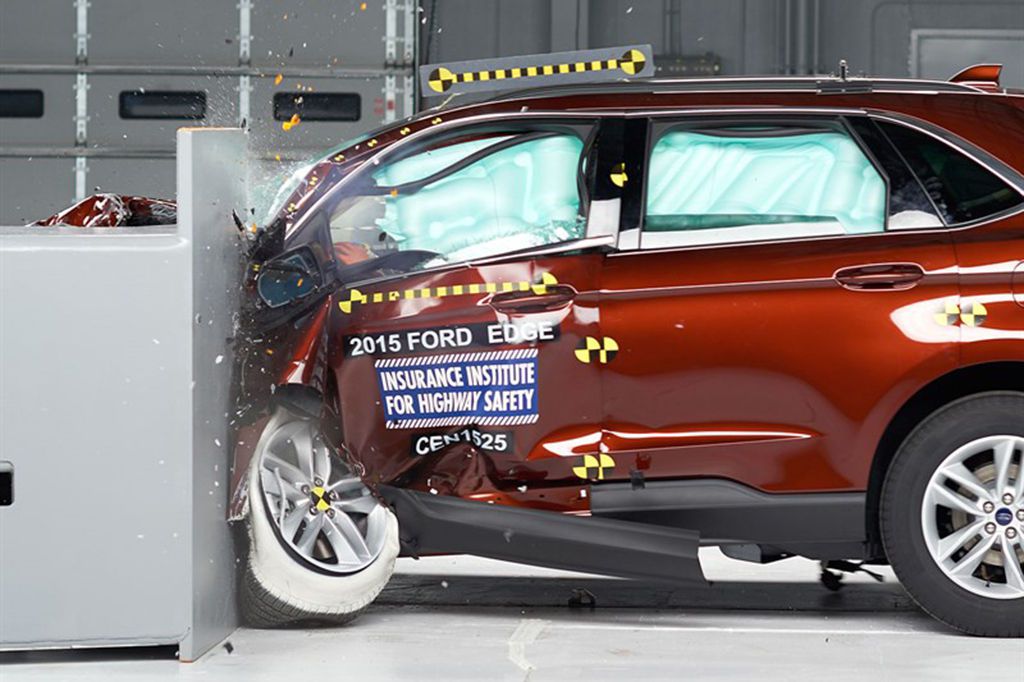 Ford redesigned its midsize SUV this year, and along with fresh styling and more safety features, the 2015 Edge earned a Top Safety Pick rating from the Insurance Institute for Highway Safety. The two-row SUV received the top score of good in moderate overlap front, side, roof-strength and head restraint tests and achieved the second-best rating of acceptable in the difficult small front overlap crash test.

The previous-generation Edge also got good scores in moderate overlap front, side, roof-strength and head restraint tests, but was precluded from achieving the Top Safety Pick award because it had not yet undergone the small front overlap test.