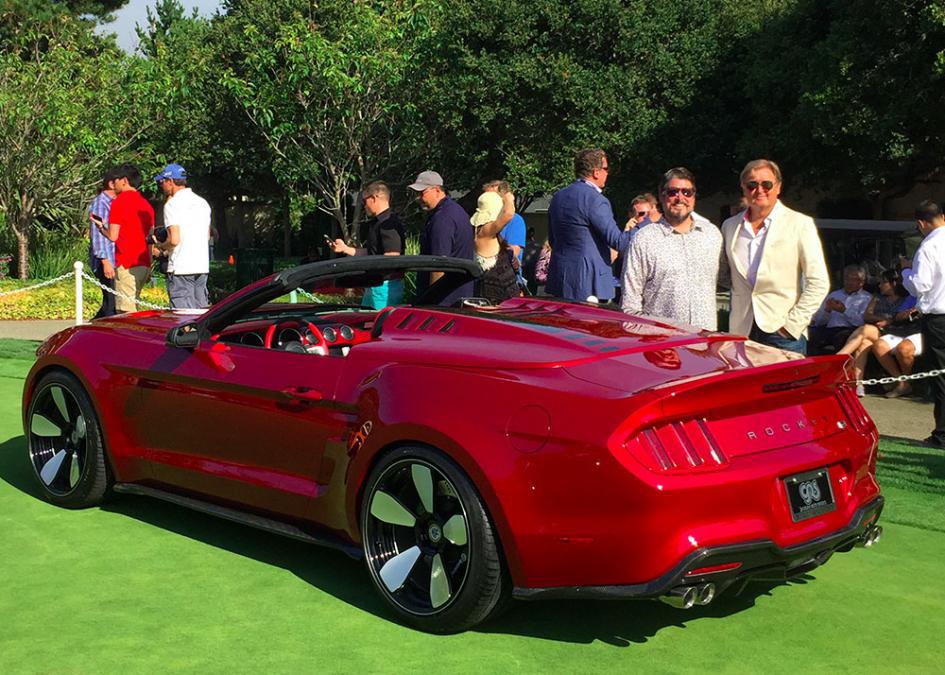 At Monterey Car Week 2015, the covers have just been taken off the Galpin Fisker Rocket Speedster Concept. As the name suggests, the car is a drop-top version of the Fisker Rocket unveiled late last year which is of course based around the 2015 Ford Mustang.

The car presented at Monterey is a concept but it has been created with the intention of reaching the market in limited numbers. The bodywork of the car itself has been constructed solely from carbon fibre and that includes the removable hardtop which can transform the vehicle from a true two-seater speedster into a comfortable four-seat convertible.

Discussing the car, designer Henrik Fisker said “When I worked on the Rocket Speedster project with Beau, the creativity sparks were constantly in the air. When I was designing the speedster cover, I gave it extreme sculpture and dynamic lines that flows with the muscular body of the Rocket and created a new interior graphic to go with it. I’m very excited to unveil the Rocket Speedster at the Pebble Beach concept lawn with Beau.”

As with the coupe, the Galpin Fisker Rocket Speedster features a supercharged version of the Mustang GT’s 5.0-litre V8 engine. Consequently, it pumps out an exceptionally impressive 725 hp. Alongside the additional power, the Rocket Speedster has been installed with large Brembo brakes.