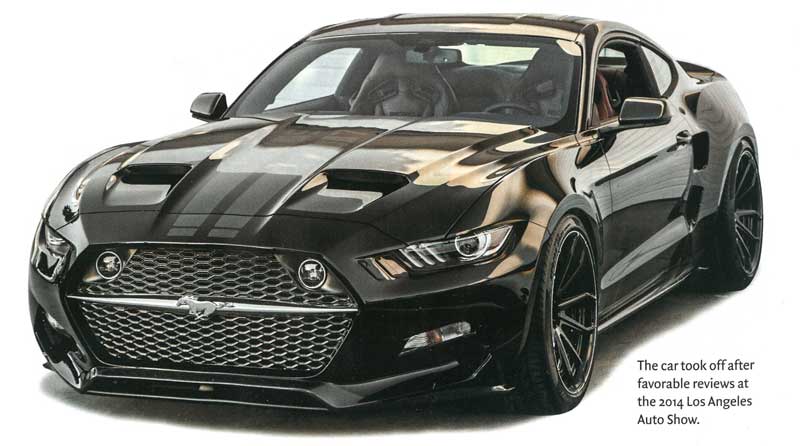 If you’ve ever wondered what a 725-hp, carbob-fiber Mustang would look like, Galpin Auto Sports and Henrik Fisker have the answer.

They have started low-volume production on the coach-built super-Mustang dubbed The Rocket, which was first unveiled as a protoype in November during the 2014 Lost Angeles Auto Show. The first production model made its world debut at the Amelia Island Concours d’Elegance in March.