Transit Skyliner: The luxury ground transport of the future

Start To Finish: The Back Up Pickup Re-creation

Just a wadded-up wheelstanding memory until the Galpin Ford gang decided to re-create one of the legendary exhibition race cars of drag racing’s golden age. 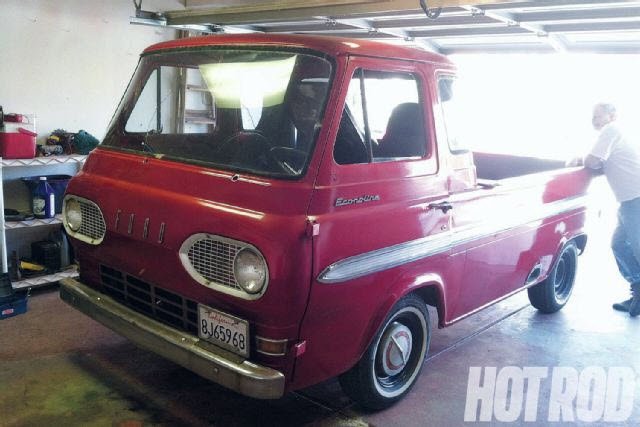 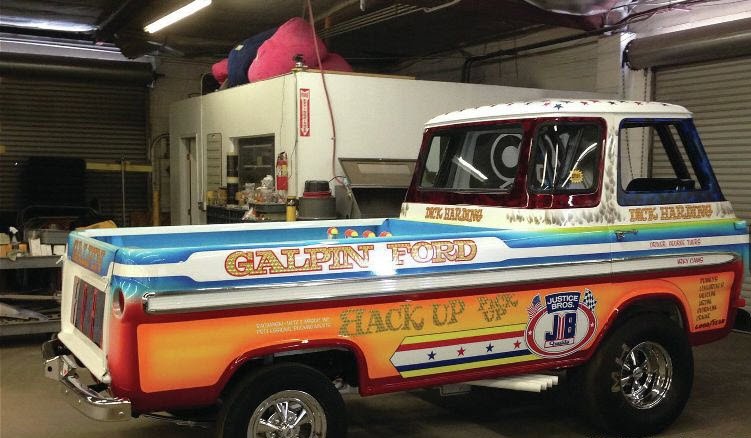 The Back Up Pickup was just a wadded-up wheelstanding memory until the Galpin Ford gang in Van Nuys, California, decided to re-create one of the legendary exhibition race cars of drag racing’s golden age. Head Galpin Auto Sports (GAS) builder Dave Shuten was tasked with the wheelstanding re-creation, which was fast-tracked to be the feature attraction at the annual GAS party and car show. Then it was on to the ’13 SEMA Show for its public debut. Here’s the short six-month build.

One month later, it was ready to wheelstand — not. Stripped to its barest essentials, the body was blasted before bodywork began. While it was off getting that done, Shuten concentrated on the chassis.

The Back Up Pickup pilot George Tuers went on to create the flip-top, rear-engine ’55 Nomad called Flashback. The red wheelstander was another West Coast exhibition car like the Back Up Pickup.

Exhibition cars weren’t really race cars but were integral to the golden age of drag racing and left a major impression on many a spectator. Some of us at HOT ROD were lamenting how the “show” has given way to homogenized, antiseptic, spec passes that create a lot less spectacle. It would be nice to see a little bit more show put back into drag racing.

Ford Econoline Frame And Body The on and off of the body and frame continued. The Moon tanks on the table just beyond the truck are the ice and alcohol tanks for the truck. What look like tanks in the rear of the frame are original Econoline ballast stacked three high. Yes, the original Econoline vans and trucks had ballast so as not to tip over during hard braking.