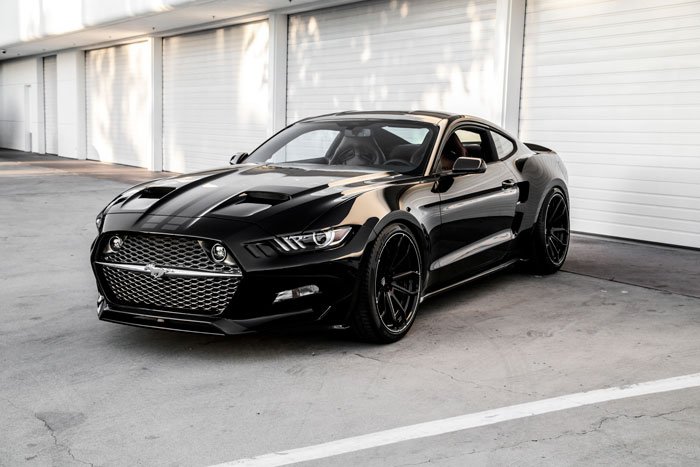 Its first introduction to the world was as a concept at the Los Angeles Auto Show Nov. 20, 2014, and just a short four months later, it’s ready to be unveiled as a low-volume production model.
Say hello to the “Rocket,” the brainchild of Galpin Auto Sports and Henrik Fisker of Fisker Automotive and Aston Martin fame.

A supercharged V8 with 725 hp sits inside the Rocket Mustang crafted almost completely from carbon fiber, as described in a press release issued today. And, of course, where better to unveil this new supercar created by enthusiasts, for enthusiasts, than a legendary Concours d’Elegance?

“Amelia Island is the perfect venue for this debut,” described Beau Boeckmann, President of Galpin Motors, in the release,”as it draws an eclectic group of passionate automotive enthusiasts from around the world into one picturesque central location that celebrates the automobile.”

Though built through a collaboration, Fisker is the mind behind the design, which calls for generous use of carbon fiber and a primary focus on saving weight. So much attention was put into the weight savings that the stripes on the hood, rather than being painted on, are the result of the paint being sanded down until the carbon fiber was showing. The carbon fiber was then polished, resulting in a weight savings of 10 grams as Fisker explained at the Los Angeles Auto Show debut.

Those interested in becoming an owner of one of these limited-production Rockets will be happy to know that pricing is already available. The starting price is listed at $109,100, and is cranked up to $125,000 when the supercharged performance package is added.