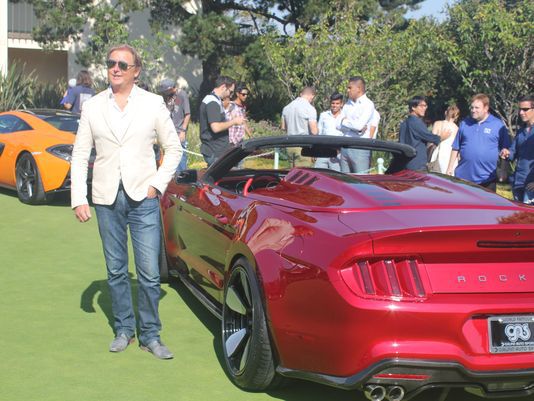 PEBBLE BEACH, Calif. — Henrik Fisker, who created a plug-in car company that ended up in bankruptcy court, is looking to start a new venture.

Fisker, an auto designer whose Fisker Automotive rose about the same time as Tesla Motors, says the timing is right for something completely new. While he doesn’t get specific, he says he’s intrigued with Milliennials, their craving for new kinds of transportation and their fascination with all things digital.

"I’m looking into starting a new company," he said Saturday at the unveiling a new customized Ford Mustang venture as a prelude to Sunday’s Pebble Beach Concours d’Elegance here.

"There’s a whole new group of young people ready for the next thing," he says, saying that connected cars may be the next big opportunity.

Fisker Automotive made the Karma, a sleek plug-in. The company went out of production in 2012 when it could no longer source its batteries. A Chinese company picked up the assets in bankrutpcy court and is reportedly going to restart production in California, albeit without Henrik Fisker’s direct involvement.

For the moment, Fisker is plugging the Fisker Rocket, a joint venture with a big Ford dealer in Los Angeles, Galpin Motors. The Rocket is a hopped-up Mustang that can spit out 725 horsepower in its supercharged version.

The unveiled focused on a new convertible version. The car has been going for around $125,000. Beau Boeckmann, the former Pimp My Ride star whose family runs Galpin, says the Rocket is completely redone from its Mustang orgins, including extensive carbon fiber panels to lighten it.