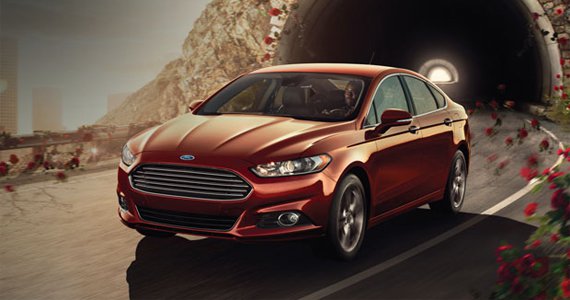 Ford Launches ‘Rolling with Ford AND The BET Awards Contest’

The winner and his or her companion will be Ford’s official guests on the red carpet and will also experience the Ford Hot Spot, the exclusive backstage area where top entertainment bloggers and media will gather to blog and tweet about rehearsals and the BET Awards 13. The winner will also travel around town in the all-new 2013 Ford Fusion throughout the weekend.

“Once again, Ford is giving BET Awards viewers the opportunity to win big,” said Shawn Thompson, manager, Ford multicultural marketing. “This marks our sixth consecutive year of partnering with BET on this awards program and we are thrilled to be able to once again connect with young urban adults during one of the most-watched award shows on cable television.”

Fans 18 and older can register for Rolling with Ford AND The BET Awards Contest by visiting www.bet.com/RollwithFord through June 13 at 6 p.m. EDT for the chance to win the VIP experience.

To be entered into the contest, consumers must upload an original 60-second video showing and telling why they should be a guest of Ford at the BET Awards.

“We are proud to continue to go further and to have the opportunity to award one lucky winner the chance of a lifetime that only Ford and BET can offer,” said Thompson. “We are really looking forward to not only this year’s event but the surprises we have in store for the weekend.”

BET Awards 13 will be hosted by comedian Chris Tucker and will include exciting performances by Chris Brown and R. Kelly.

Be sure to join the conversation on Twitter by using hashtag #FordHotSpot.