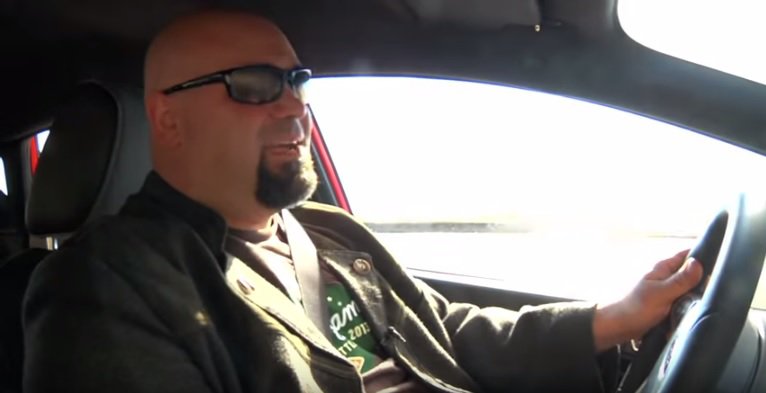 Matt Farah from The Smoking Tire was bumped up the list and is numero uno in line to get the 2016 Ford Focus RS in L.A. (Not to be confused with VIN #1)

You scratch my back and I’ll scratch yours is a modus operandi that oftentimes works wonders in the greater automotive community and seems to be paying off for Drive host and all around good guy Matt Farah. According to a Facebook post late last night ( Oct. 13, 2015) Farah triumphantly announced that he’ll be the first person in all of Los Angeles (and possibly the greater Southern California area) to receive the fire-breathing 2016 Ford Focus RS. Supposedly the order banks are open for this much anticipated hot hatch and Farah’s order was placed. What makes this allotment even more special is that for 2015, Galpin Ford is only getting 10 RS model Focuses (Foci?) It also helps that Galpin is the world’s largest Ford dealership in terms of volume of cars sold. We’ve posted the announcement below.

Back in March of this year, Farah did announce that he placed his order along with hundreds of others. Fans of the TST Podcast (and TST in general ) are already well aware how often Farah along with the rest of his crew mentions Galpin Ford on their show. We’d like to imagine that their penchant for suggesting the Ford Fiesta ST as a recommended purchase to their listeners has caught the ears of both Ford and Galpin. Some listeners outright buy Fiesta ST’s per the show’s suggestion. FalconXE302 off of youtube mentioned how, “I bought a Fiesta ST because of reviews like Matts… and it hasn’t disappointed…” And Farah himself has already bought both a Raptor and Fiesta ST from Galpin’s showrooms.

And that RS2 package Matt optioned out? That adds power and heated leather seats with adjustable lumbar, black leather and microsuede upholstery as well as voice-activated navigation, Sirius XM Traffic and travel link. All those will come in handy as Farah negotiates L.A. traffic. This comes off of Ford’s announcement earlier this week that the 2016 Ford Focus RS will come with 350 HP and 350 lb-ft of torque.

Production of the 2016 Ford Focus RS begins later this year with deliveries most likely in early 2016.