Object Lesson: The "Big Daddy" Roth car that was lost, then found 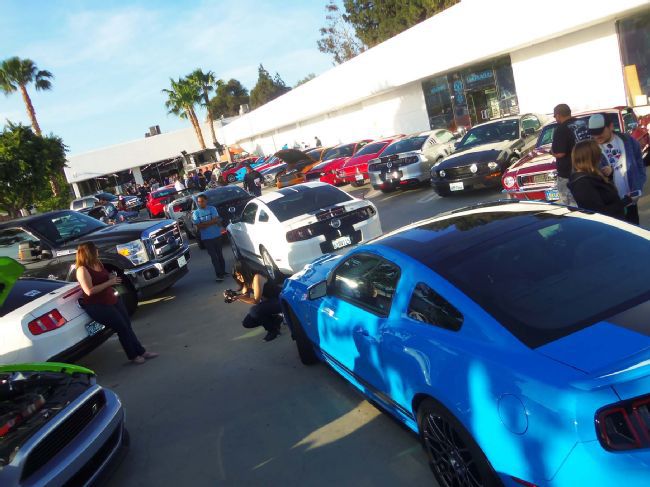 If you were to ask someone the question, “what is the automotive capital of the United States?” most people would answer, “Detroit,” as it’s the home of the “Big 3” US car makers (Brand X, Brand X-2 and Ford), and the city that’s recognized as the Mecca of the automotive industry.

While that answer certainly gets no argument from us, there’s also a lot that definitely can be said about Southern California, the area ranging from Los Angeles to San Diego. We consider this to be a leading car territory as well, because with its year-‘round sunny skies and warm temperatures, SoCal is a perfect place for car enthusiasts—especially Mustang enthusiasts—to live and fully enjoy all of the many facets of the automotive lifestyle.

Purchasing and owning new (or used, for that matter) Mustangs is how the fever starts for ‘Stang enthusiasts in SoCal. Your editor is a testament to this, as there are 5 late-model ‘Stangs at the Jones house, and one never knows when another late-model Pony will join the fleet.

However, with Mustang ownership also comes pride (of course), and the desire to personalize a ‘Stang, almost to a point where “not customizing” in some way, shape or form is abnormal for West Coast Pony owners. If there’s one thing that confirms this for Southern California ‘Stangbangers, it’s attending car cruises, shows and gatherings; especially events that are specific to Mustangs only.

“Mustang Madness Weekend (presented by Galpin Ford)” is one such event. Held on May 3rd and 4th at LA’s Petersen Automotive Museum, the gathering brought SoCal’s Mustang lovers and their cars together, for a weekend of exciting festivities. Without question, the highlight was the opening of the museum’s latest exhibit, “Mustangs Forever: 50 Years of a Legend;” a new display that showcases an example of each generation of Mustang (M360’s Group Content Director, Evan Smith, was one of several guest curators for the exhibit).

We were given a sneak peak of the exclusive collection on Friday evening, at Galpin’s VIP Mustang Madness Weekend kickoff party. The display runs through October 2014, and if there’s any way you can get to the Petersen to see it, we strongly suggest that you do so. The Mustangs that were chosen to represent each generation of Mustang’s 50-year run are amazing.

Sunday’s activities were headlined by a fantastic all-Mustang car show, which was kicked off by an early morning rally (cruise) from Galpin Auto Sports (North Hills, California) to the Petersen.

We took part in the rally and the show with our project 2002 Mustang GT, enjoying a nice, at times, “spirited” drive (that included a run across the twists and turns of the San Fernando Valley’s Laurel Canyon, and a “wake-the-neighbors” jaunt through a few neighborhoods in Beverly Hills), and a chance to park with and admire more than 100 beautiful ‘Stangs of all years, peruse parts and accessories in the vendors area and meet new friends in the Mustang hobby.

In addition to the Mustangs on display, there was fun for the whole family, with food tents, and live music, as well as a huge play area and museum scavenger hunt for kids. As you’ll see in the photos, Mustang Weekend at Petersen Museum was excellent. A wonderful day in the sun for Southern California ‘Stangbangers (and their ‘Stangs, of course)!